Beto Says There’s no Crisis at the Border, but Mayors Disagree 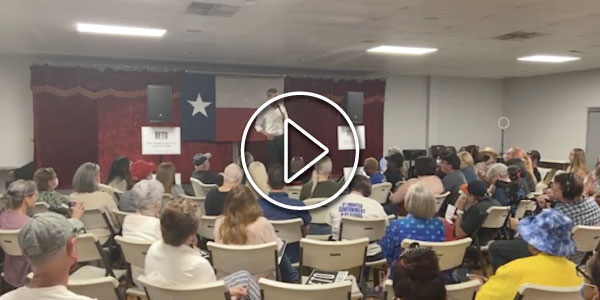 BETO SAYS THERE’S NO CRISIS AT THE BORDER, BUT MAYORS DISAGREE

Transcript of “BETO VS. BORDER MAYORS”:

BETO O’ROURKE: “I commit that I would never activate the National Guard unless there were a real emergency or a real crisis that necessitated their service.”

STEVE DOOCEY, FOX NEWS: “The border is closed, yet, very clearly, the border is not closed. You’re on the other side. Is the border closed?”

BRUNO LOZANO, DEL RIO MAYOR: “I would very much disagree with that statement. The way that its been handling, or being managed, it seems to be wide open for unlawful entry into the United States.”

JAVIER VILLALOBOS, MAYOR OF MCALLEN: “That’s a little callous disregard to have the border patrol just drop off the immigrants in downtown McAllen.”

PETE SAENZ, MAYOR OF LAREDO: “The situation here is that we’re taking the overflow Border Patrol that’s overwhelmed in the McAllen/RGV that they’re busing migrants to our city to be processed. We’ve had no other choice but to actually, the city of Laredo proper, basically transporting these folks further north because we can’t handle it here.”

OSCAR PUENTE, CARRIZO SPRINGS MAYOR: “They got a call in the morning yesterday…”

PUENTE: “Border patrol, from the federal government, to start releasing immigrants into the City of Carrizo Springs.”